2018 CELEBRATION OF THE WEEK OF CHRISTIAN UNITY IN ISTANBUL

From January 20 to 27, 2018, prayer sessions for the unity of Christians were held in Istanbul (Turkey).  Br. Eleuthère, Guardian of the Franciscan friary, the Church of Santa Maria Draperis, reported that their place was chosen for the opening of this event, important for both the Church in general and for the fraternity in particular.  This choice was motivated by the cultural plurality of the community at Santa Maria, as well as that of their parishioners.  The theme of the week, “Your right hand, O Lord, glorious in power” (Ex 15,6), prepared by Caribbean Christians, was widely felt by members of the parish communities, largely composed of immigrants from different countries with backgrounds more similar to that of the Caribbean. 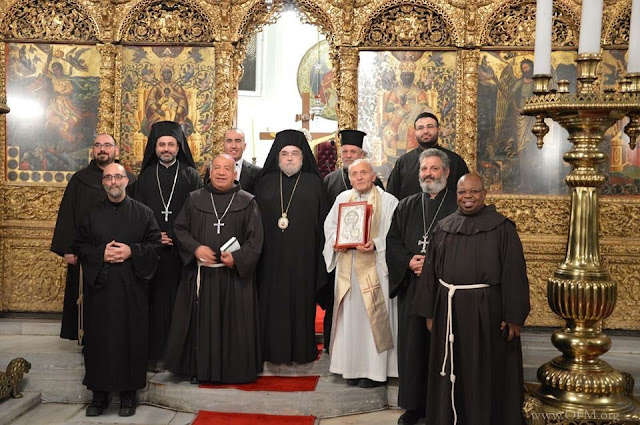 “During this week,” said Br. Eleuthère, “despite our being a minority in Istanbul, we experienced the beauty and richness of the churches. All the traditional churches that were represented together with churches of the reformation could easily feel what St. Irenaeus affirmed years ago: ‘Here is the Church.’”