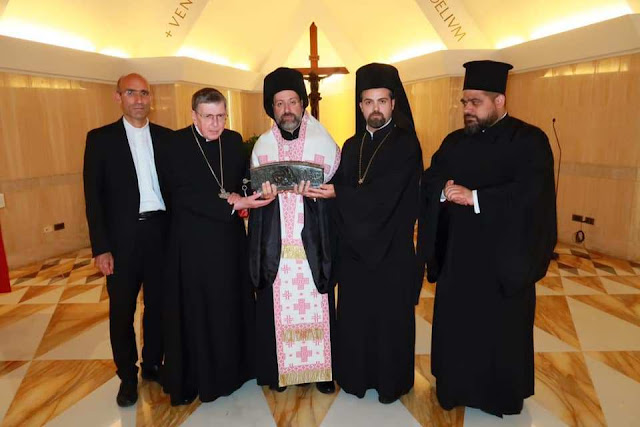 The delegation of the Ecumenical Patriarchate, which participated in the celebration of the throne feast of the Church of Rome on 29 June 2019, received from Pope Francis an unexpected and valuable gift: a reliquary with the holy relics of Saint Peter the Apostle, which were kept in the private chapel of the Pope at the Apostolic Palace in the Vatican. These are nine fragments of Saint Peter’s bones, which, after important archaeological excavations, have been confirmed to be authentic. At the request of Pope Paul VI in 1968, these fragments have been separated from the rest of the relics and placed in a bronze reliquary with the inscription: “Of the bones found in the Vatican Basilica belonging to the holy Apostle Peter”. These relics were exhibited in the Basilica of Saint Peter in the Vatican only once, on 24 November 2013, on the occasion of the closing of the Holy Year of Faith. The rest of the relics of the Apostle are kept under the main altar of Saint Peter’s Basilica in the Vatican.
[...more]